Loss of valuable cargo amounts to billions of dollars every year, organized crime is getting more sophisticated, and illicit trade is growing and expanding its reach across industries.
DOWNLOAD PDF

About the customer
Contguard’s customer is a leading consumer goods company that operates around the world. Our customer ships millions of dollars’ worth of cargo every month and uses Contguard’s solutions to help monitor and track their shipments from origin to destination.

As customer demand increases, our customer (like other consumer-goods companies), is shipping more and more cargo to destinations around the world.
With this growth comes a major challenge for the consumer-goods industry – security. Loss of valuable cargo amounts to billions of dollars every year, organized crime is getting more sophisticated, and illicit trade is growing and expanding its reach across industries. That’s why tracking the location of the cargo at any given moment, and being able to monitor and analyze the container seal, temperature, humidity (and other aspects) provides such enormous value to our customers.

Valuable cargo belonging to our customer was shipped across several thousands of miles of sea, crossing from Europe to Asia. Upon
arrival at the destination, it was discovered that one of the containers was empty.

Contguard initiated an in-depth analysis, cross referencing data to identify where, when, and how the massive loss transpired. We used our AI-based technology to cross reference all the data received from the IoT devices, in order to get a good picture of how the shipment should have proceeded along the route.

Our control team then validated that the data received was, in fact correct, confirming the exact route of the cargo ship, and ensuring that there was no interruption of data transmission throughout the journey.

During the analysis, our solution flagged two events that appeared to be suspicious. Upon further verification, our control team determined (with a high degree of confidence), that only one of the events was related to the missing cargo.

While scanning the data, the control team came across a strange sequence of alerts – one evening, the Contguard’s IoT unit (placed within the container) recorded a weak impact. This occurred again 2 min later. Then, the relevant container door was opened. It remained open for over 30 minutes. Further investigation revealed that there was no plausible reason for these events to occur.

Next, the control team checked the temperature and humidity data that was transmitted in real time from the container. They discovered two interesting deviations in the data – a significant rise in the container’s temperature and humidity levels. The team found that there was a correlation between the data deviations and the unauthorized container breach – they occurred within the same time frame and there is no plausible reason for these events to occur.

By triangulating the information they already had with the cargo ship’s route, Contguard’s control team was able to pinpoint the location where the unauthorized container breach occurred – in the open sea, south west of India.

Following the control team’s full incident analysis, a report was submitted to the customer, significantly aiding in their investigation.
The type of investigation described in this case study is used by customers to:
• Understand specific route and waypoint risks that can be mitigated
• Identify the location of organized crime units
• Avoid paying unnecessary tax and duties
• Optimize service level agreements (SLAs) with suppliers, focusing on logistics procedures
• Optimize risk management strategies

“ Contguard gave us actionable, real-time insight into our supply chain, filling our gaps in

About the customer Contguard’s customer, a well-known company in the automotive industry, ships millions of

About the customer Contguard’s customer is a leading pharma company, shipping millions of dollars worth 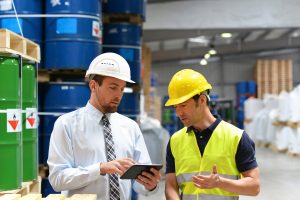 About the customer Contguard’s customer is a large chemicals company, shipping millions of dollars worth

We use cookies in order to give you the best possible experience on our website. By continuing to use this site, you agree to our use of cookies.
Accept